Property market research in the Queenstown-Lakes District and Otago

Contracted by developers, investors and agencies requiring property-based advisory services, our specialist team draw upon an unsurpassed knowledge and experience base across residential, commercial and rural property types.

In feasibility analysis, strategy and transaction advisory and consulting services, Colliers Otago lead the way throughout Otago, Central Otago and Southland. Areas of research may include:

Every year the Colliers Otago team undertake key research activities to benchmark the local Dunedin, Wanaka and Queenstown property markets including valuations, buyer profiles and competitor analysis. This research provides information for our future reports, and informs the business community on changing trends. Contact us for more information on our real estate research resources.

Queenstown’s property market has changed significantly in the wake of the global Covid-19 pandemic but has proved remarkably resilient, with confidence growing again and big infrastructure spending in the pipeline.

That’s according to Colliers' newly released Otago Market Review and Outlook 2020-2021, which covers the key markets of Queenstown, Wanaka, Cromwell and Dunedin.

Heather Beard, Registered Valuer and Consultant at Colliers Queenstown, says the fundamental driver of Queenstown’s growth over the past decade has been tourism.

“Queenstown’s property market has been impacted by border closures and economic uncertainty since the Covid-19 lockdown, with questions remaining around when international tourism may resume.

“The silver lining is government investment in the region’s much-needed infrastructure projects. The $85 million earmarked for ‘shovel ready’ projects in Queenstown will assist in recovery and further growth following the international border re-opening.

“In the short term, reliance on domestic travel and related spending levels, plus a tightening on funding, will likely continue to create a degree of uncertainty in the property market.

“However, the Queenstown property market has proved to be remarkably resilient with current market sentiment and council population growth projections showing confidence in Queenstown’s longer-term prospects.”

James O’Hagan, Managing Director of Colliers Otago, says an expected downturn in the housing market did not materialise – at least not to the extent predicted.

“Sales volumes are down for the year due to periods of inactivity, but market transactions have been picking up significantly post-lockdown.

“The market has been buoyed by low interest rates and pent-up demand, particularly from first home buyers, holiday home investors and people relocating for lifestyle reasons.

In Queenstown’s commercial property market, Beard says rental affordability has been a hot topic with the absence of international tourists in the CBD.

“New leasing activity appears to be at pre-Covid levels and demand in the prime retail area is continuing, with some tenants taking the opportunity to reposition or enter the market.

Beard says the industrial sector remains a sought-after investment in Queenstown and nationwide, as investors gravitate towards ‘essential business’ tenants.

In the tourism sector, two new CBD hotels have recently been completed while four further hotels are under construction and one has been put on hold. Queenstown’s hotel supply is now 3,831 rooms, with a further 569 under construction, 2,460 consented and 1,481 in the consent process.

Colliers' annual Queenstown CBD Pedestrian Count survey has recorded almost exactly the same number of people pounding the pavements in central Queenstown as on the same day in 2018, in contrast to the large increase recorded between the 2017 and record-breaking 2018 surveys.

Heather Beard, Colliers Queenstown director, says this result is interesting, especially in the case of the 3pm count – given the absence of high school students in the town centre and the fact it was raining.

“At 3pm we had two factors that could have been expected to result in a much lower count than last year. Following Wakatipu High School’s move to Frankton Flats last year, there are generally no high school students in the town centre at 3pm any more. Rain during the 3pm count is likely to also have resulted in fewer pedestrians being counted,” she says.

“Given the 3pm count was actually up on 2018, this could potentially point to an effective increase in the number of visitors and residents in the town centre, with these groups making up for the absence of school students and also taking into account the rain factor.”

Colliers’ pedestrian count usually mirrors and reinforces tourism growth patterns in Queenstown and 2019 displayed a continuation of this trend.

“Tourism is still one of the strongest factors affecting the property market in central Queenstown. This results in very high demand for retail premises, with restricted supply. There is currently zero vacancy in ground floor retail property in central Queenstown. As a result, retail space is still commanding very high rents and there are also very few sales of prime commercial property in the CBD as owners hold on to their assets,” says Beard.

Once again, central Camp Street (outside O’Connells Mall) had the highest volume of foot traffic in 2019. This location has occupied the number one spot in Colliers’ survey for 15 consecutive years.

Three spots on Camp Street made the top five spots this year, which could be a reflection of the bus network implemented in late 2017 with bus stops on both sides of Camp Street.

Central Church Street (on the eastern side of the street) had a huge increase in foot traffic of over 140%, while Lower Beach Street near the Earnslaw Park toilets was up over 100%.

By contrast, East Camp Street (outside the former post office) had a significant decrease in pedestrians since last year, which could be explained by the post office’s move.

Colliers’ survey is taken in March every year at 31 locations around the CBD, with pedestrian movements counted over half-hour periods at 10am, 3pm and 8pm.

The 10 busiest spots in central Queenstown were:

Following an unusually prolonged period of growth, the Queenstown property market appears to be taking a breather – although there are many signs pointing to several areas of the market remaining at elevated levels for some time to come.

This trend, among other current dynamics in the resort town’s property market, are discussed in Colliers International’s 2019-2020 Otago Market Review and Outlook, released June 14 2019.

The apparent changes in the market mean this year’s annual review was one of the more challenging the Colliers International team has researched and produced in at least the past five years, says valuation director John Scobie.

“We had many in-depth and interesting discussions with our valuation and agency teams and external experts about the current state of the market and its expected future direction while we were putting this year’s report together,” Scobie says.

“Whereas for much of the past five years or so there’s been no question about the staying power of the property market peak, this year we had some highly engaging and robust debate around the clear evidence that some parts of the market, such as residential property, are showing signs of levelling off.”

Meanwhile, in the residential market the balance of power is expected to shift to purchasers in 2019-2020, with value appreciation tapering off and a period of consolidation likely.

“It’s important to note that while there has been a change in residential market dynamics, overall the Queenstown property market remains steady,” says Scobie.

“There is still plenty of demand in the market driven by tourism, the area’s growing population and the ongoing construction boom – but we are now expecting any further growth to occur at a more moderate pace than we’ve seen in recent years.”

Specialist research pieces are produced in-house and by our national and global research teams. Read the latest here. 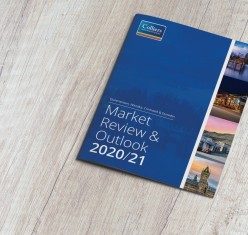 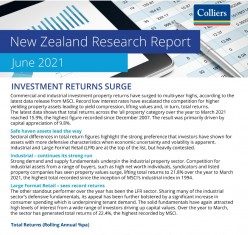 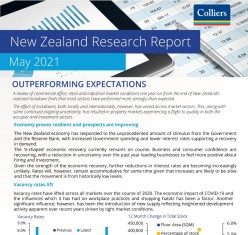 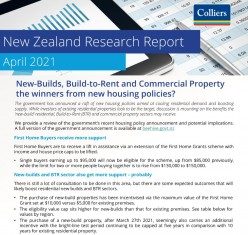